Many discussions of 5G spectrum seem to center on where all the capacity will come from. The confusion is understandable. If every area where 5G is made available has to support the sorts of speeds millimeter wave small cells will support, there are serious questions.
But 5G capacity will not have to be evenly supplied. In fact, it will be highly uneven, or unequal, as has been the case for 3G and 4G. It is likely that, in terms of coverage, 5G speeds will resemble good 4G, and will not rely very much on the more-exotic millimeter wave assets.
Rather, lower-frequency and mid-band frequency will be more common for coverage purposes in rural areas.

There are several reasons. Coverage 5G spectrum will tend to be in lower frequency ranges simply because lower frequencies–while not best for capacity–are best for covering distances. Millimeter wave is optimal for bandwidth, but not distance covered.

In some cases, 5G devices actually will use a combination of new 5G spectrum and 4G spectrum, depending on where each connection takes place. In dense urban areas connections might often use new millimeter wave capacity. In rural areas 5G devices often will default to 4G. 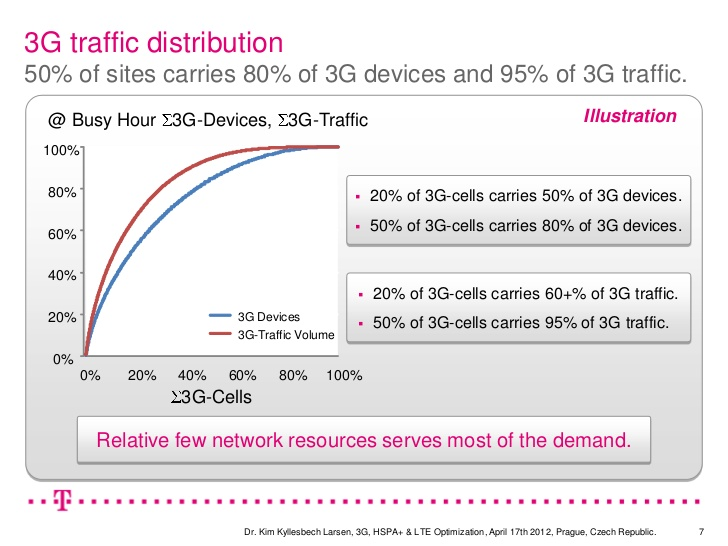 That pattern was true of 4G networks and undoubtedly be true of 5G networks as well. T-Mobile also has noted that, for any typical user, half of all data traffic is consumed from just one cell tower. About 80 percent of any typical user’s data consumption happens on just three cell sites. 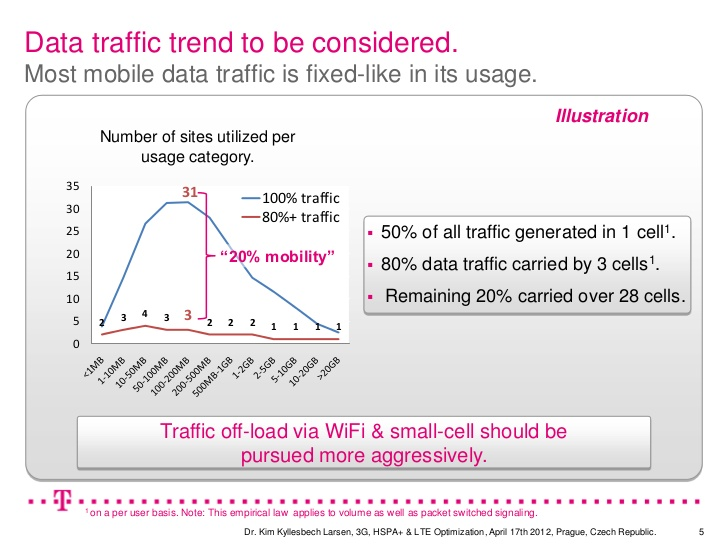 Data consumption might also be related somewhat directly to revenue generation, if one assumes that where a customer uses most of his or her data is where the value of the subscription lies. Though coverage is “nice” where one does not need to use the network, it is a “must” where any particular user uses mobile networks daily.

Some estimates suggest that as much as half the total revenue (value or usage) happens when users communicate on about 10 percent of total cell sites. Perhaps 80 percent of usage or revenue is generated on about 30 percent of cell sites.

It is worth noting that the half of all cell sites generating about 10 percent of service provider revenue are in rural areas. There simply are not that many people in rural areas. And lots of people mean lots of usage. 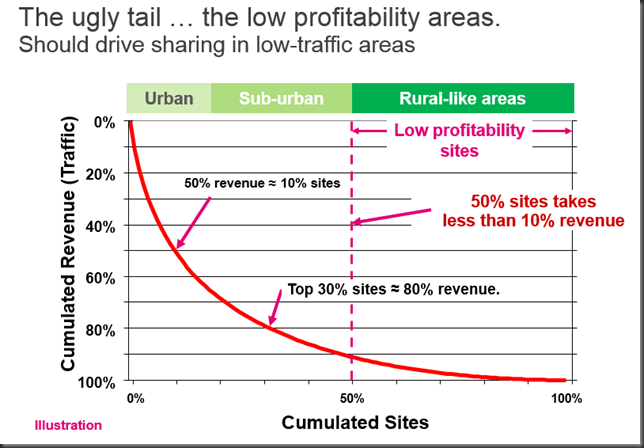 So part of the answer to the question of “where will all the 5G spectrum come from?” requires understanding that demand is highly unequally distributed. Rural areas might have half of all cell sites, but support only 10 percent of data demand.

Urban sites might be only about 10 percent of total sites, but support as much as half of all data demand, simply because that is where most of the people are.

But the supply is highly unequal: lots of new capacity in urban areas, some new supply in suburban areas and relatively light capacity needs in rural areas. The new 5G networks will not have to support urban small cell capacities “everywhere” across the whole network.