Whether 5G ever will have a “killer app” remains an open question, though one can argue that each successive new mobile generation has had use modes characteristic to itself that were not seen in the prior generation. Voice was the first generation killer app. Text messaging was added in 2G. Mobile internet access was big in the 3G era. The first generation to feature widespread video consumption was 4G.

Most would agree internet of things could be among the potential killer apps for 5G. But a few believe 5G also “could take significant market share away from traditional cable broadband providers,” says Hoya Capital.

“We believe that the true killer app for 5G will be fixed wireless broadband internet, as dense small cell networks will allow carriers to deliver fiber-like speeds without the wires,” Hoya says. The threat arguably is highest for cable TV operators, given their dominance of the fixed network internet access market. 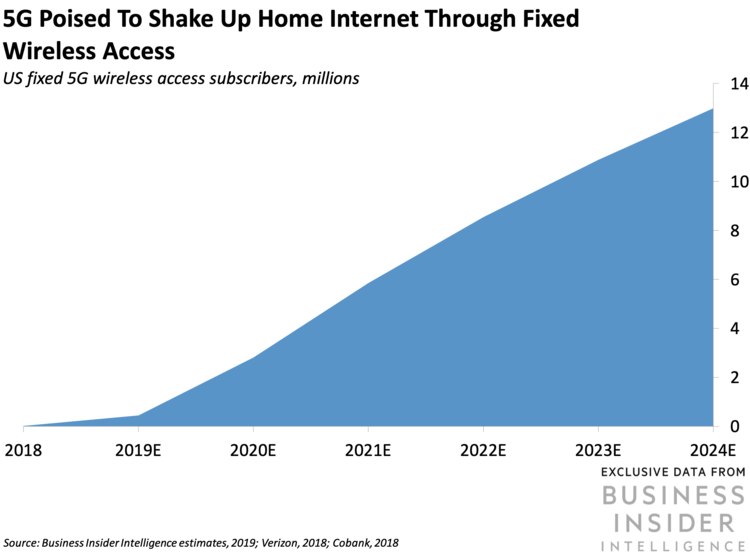 At this point, close to 100 percent of net new internet access account additions accrue to cable TV companies in the U.S. market, a trend that has been obvious for some time.

Nor is it clear how close we are to saturation of the home internet access market, which might already be close to a point that it is mostly new home construction that drives additional growth of the market.

Perhaps 10 percent of U.S. homes use the internet, but exclusively from mobile devices. U.S. housing locations number somewhere between 129 million and perhaps 135 million, so the number of connected households (mobile only plus fixed) is probably in the range of 107 million to 117 million homes.

No all units are occupied. Vacancy rates can range from more than one percent for owned housing and up to seven percent for rental units. Some “homes” are not used all year. The point is that the percentage of connected homes–as a function of the potential buyer base– is higher than one generally supposes.

The point is that less potential growth exists than the base of unconnected homes would suggest. 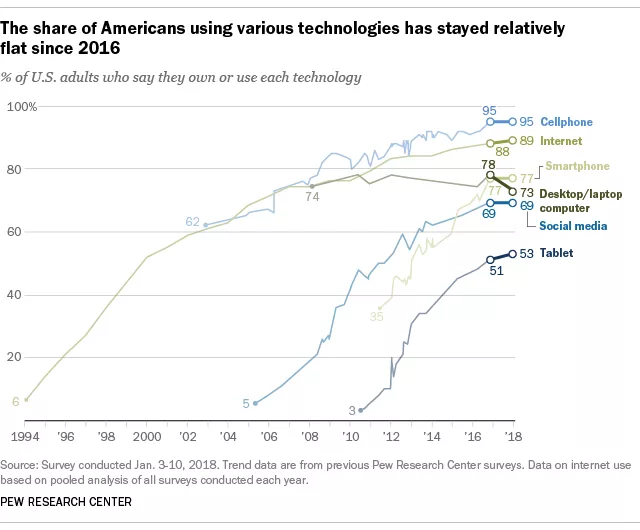 The question is whether fixed wireless might eventually represent 15 percent to 20 percent of active subscriptions supplied by fixed network ISPs.