Of the 83 challengers in 20 telecom markets analyzed by Bain & Company, only (22 percent) grew both their revenue and free cash flow and increased their share of profit from 2010 to 2017. 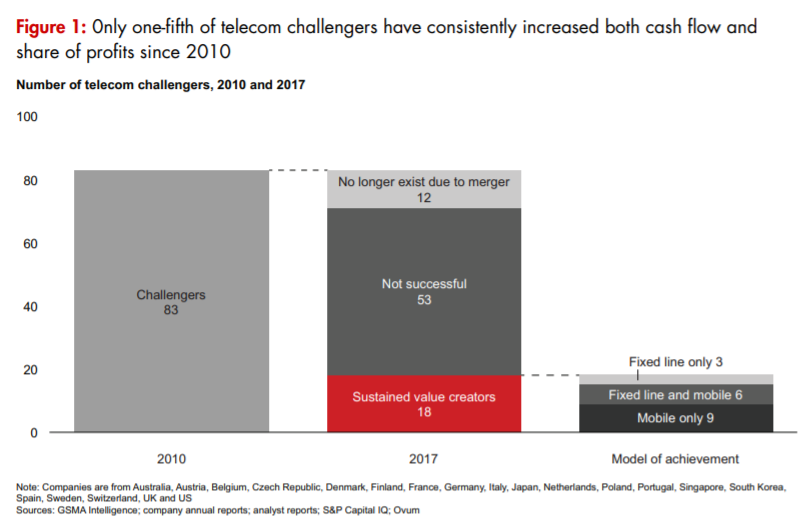 That is a nearly-perfect example of the predicted Pareto pattern. 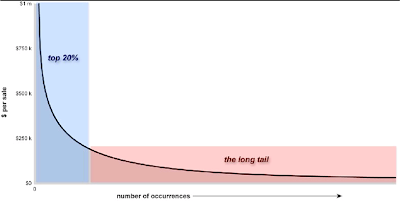 Vilfredo Pareto, an Italian economist, was studying the distribution of wealth in1906. What he found was a distribution most people would commonly understand as the “80/20 rule,” where a disproportionate share of results come from 20 percent of actions. The Pareto distribution has been found widely in the physical and human worlds. It applies, for example, to the sizes of human settlements (few cities, many hamlets/villages). It fits the file size of Internet traffic (many smaller files, few larger ones).

It describes the distribution of oil reserves (a few large fields, many small fields) and jobs assigned supercomputers (a few large ones, many small ones). It describes the price returns on individual stocks. It likely holds for total returns from stock investments over a span of several years, as most observers point out that most of the gain, and most of the loss in a typical portfolio comes from changes on just a few days a year.

The Pareto distribution is what one finds when examining the sizes of sand particles, meteorites or numbers of species per genus, areas burnt in forest fires, casualty losses: general liability, commercial auto, and workers compensation.

The Pareto distribution also fits sales of music from online music stores and mass market retailer market share. The viewership of a single video over time fits the Pareto curve. Pareto describes the distribution of social networking sites. It describes the readership of books and the lifecycle value of telecom customers.