When will U.S. 5G subscribers hit an inflection point? As early as this year or perhaps as late as 2023? The inflection point is important, as it has in the past been the point at which slow or low adoption of a product accelerates, growing at a faster clip.

In January 2021, 5G coverage reached 75 percent of potential U.S. users, albeit mostly using low-band spectrum, so performance improvement is slight. Coverage refers to availability, not subscriptions or usage. By July 2021, 80 percent  of the U.S. population is expected to have 5G coverage, says PwC.

PwC forecasts that 12 percent of mobile devices in use by U.S. customers in July 2021 will be 5G enabled. That might or might not mean all those devices are used on the 5G network, however.

Possibly for that reason, PwC suggests the 5G inflection point for adoption will happen later, in 2023.

The reason 10 percent seems to be the trigger, one might argue,  is that it is the point where early adopters have become customers and users, setting the stage for behavior to extend to the majority of consumers. 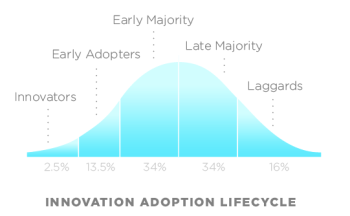 One can see an example in cell phone adoption by U.S. households. About 1994, household adoption reached 10 percent or so, after a longer period of slow adoption. An analogous pattern happened with smartphone adoption as well. 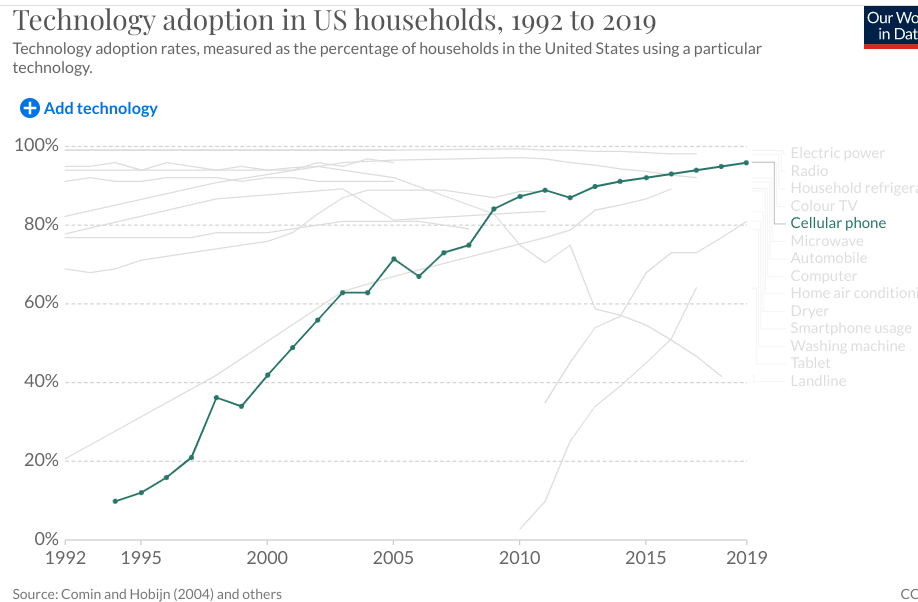 The adoption pattern perhaps is easier to visualize with a longer time frame. Here is a chart showing cell phone adoption in the United Kingdom. 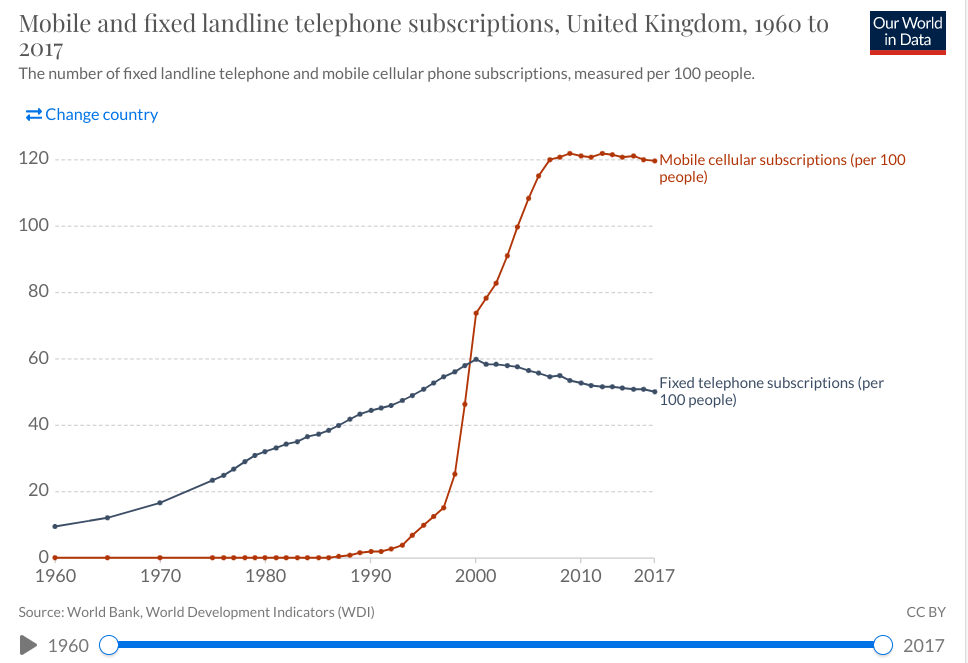 A wide range of physical products have shown the same pattern. Automobile adoption shows adoption accelerating once the 10-percent threshold was hit. 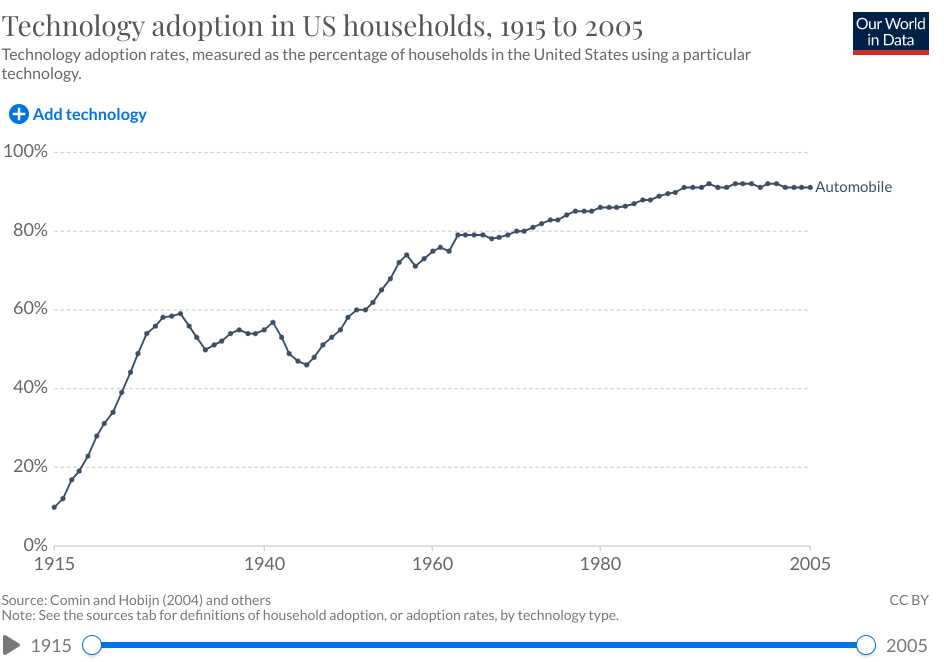