The advantage of millimeter wave spectrum is its order of magnitude greater capacity, compared to low-band and mid-band spectrum. The disadvantage is coverage. But new tests by Rootmetrics also show something else: when a mobile network is congested (lots of simultaneous users), millimeter performance is likewise an order of magnitude better than low-band and mid-band spectrum.

To put millimeter wave capacity in context, its tested speed of 231.4 Mbps when the network was congested  was nearly as fast as the 256.8 Mbps recorded on mid-band 5G without congestion, says Rootmetrics. 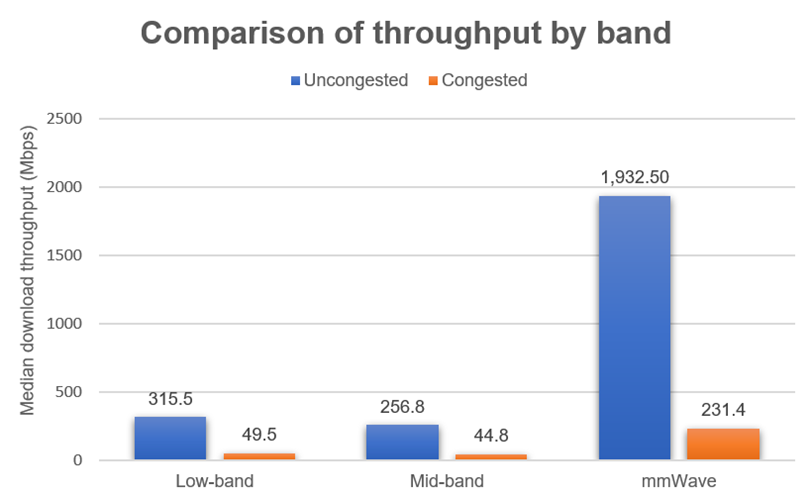 That speed advantage translates into web and app performance that is up to an order of magnitude better than low-band or mid-band spectrum, under conditions of congestion or not. 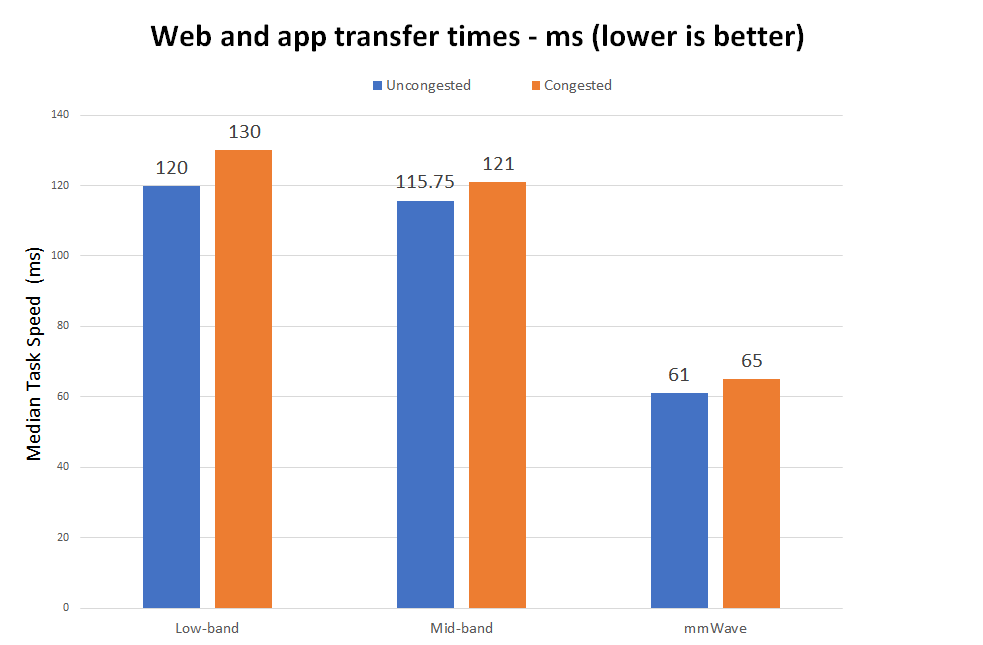 Rootmetrics tests found that with mid-band and low-band, 5G and LTE were used at the same time during nearly all tests in congested environments. On the millimeter wave network, data was transferred over a 5G radio channel the vast majority of the time. 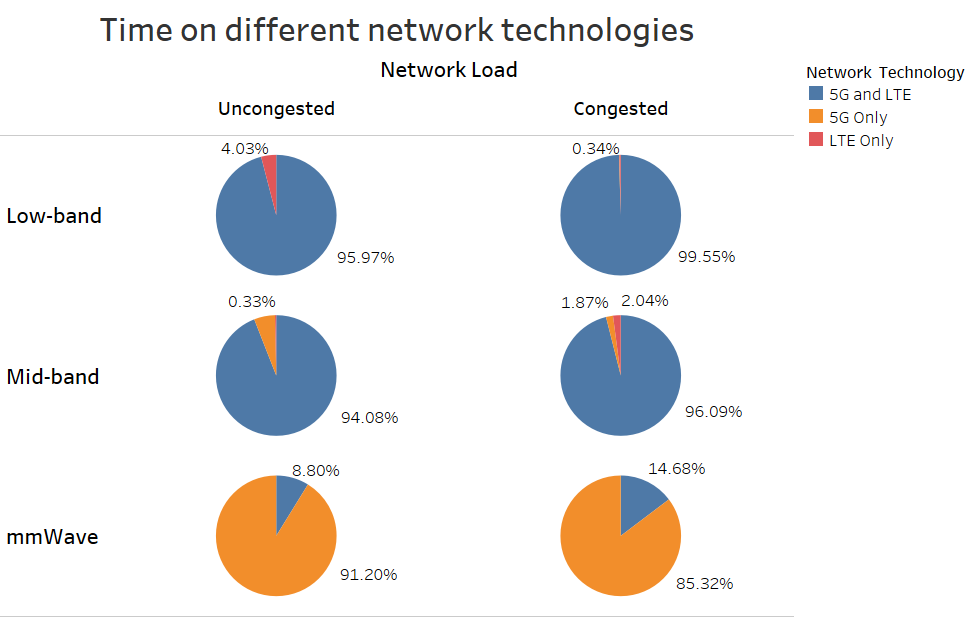 In other words, when 4G and 5G networks are congested, the 5G network effectively becomes the data channel. That is an advantage for 5G I had not spent much time, if any, thinking about.